Top 10 Basketball Courts on the Beach

For basketball players, there is something special about hooping right near the water. We take a look at the some of the best basketball courts in the world that are on or near the beach. Check them out here!

You can at some of the best and most well-known outdoor courts in the world.

Located right on the beach – Venice Beach – in L.A., the basketball courts here are among the most well-known outdoor courts in the world. There are four courts total and from each you can see the beautiful sands and surf of the Pacific Ocean.

The courts provided the setting for movie hits like White Men Can’t Jump and American History X. It’s also the site of one of the biggest outdoor high school basketball tournaments in the world – the Boost Mobile Elite 24 All-Star game. Read our “must hoop” feature on the famous court!

Players can see the vastness of the Pacific in almost any direction they look. It’s almost hard to imagine players concentrating long enough to play basketball, but they do.

From the court, players can look out into the Pacific and see Santa Catalina Island, which is located 22 miles from the coast. The Angel’s Gate Park court was seen briefly in the Spike Lee movie He Got Game.

There are two full courts here on the beach, in one of the most beautifully integrated court and beach environments.

Sun bathers are camped out under umbrellas just off the edge of the water-side of the court.

Located in Brown Park across the street from the Gulf of Mexico, the basketball court here is home to many a local games.

The court sits in a nice-sized playground that also has a tennis court and a pavilion.

This is just an mazing court near the beach. The South Beach in Freemantle court was completed in 2018, so a new court. It was a replacement from the old Wilson Park.

While the UK is not known for beaches and sunshine, there is lots of action on the this beachside court in the Brighton. This is the host of 3X3 tournaments and plenty of pick-up game action.

Located in the heart of South Beach, the courts at Flamingo Park are home to a number of interesting characters looking for the next game. The courts are smooth and always clean. The atmosphere is fantastic as the courts are located in a park with tons of activities.

The park’s pool is a short walk away and the courts remain well-lit into the evening. Flamingo Park is a great place to play even when the sun is out. The water isn’t far away leaving the courts with a nice ocean breeze most of the day.

It is a lone court located on the beach in the city of Chicago. The court’s best features are the views. Look one way and you can see the skyline of the city. Look the other and you see the beauty of Lake Michigan.

The nets aren’t always in great shape, but the court gets a heavy amount of traffic especially in the summertime months. The view while playing here is worth the trip.

British Columbia and basketball don’t necessarily go hand-in-hand, but the view from this outdoor court is amazing. The court itself features a nice rich blue all-weather surface. Smack in the middle of the center court circle is the Canadian maple leaf.

Looking out while shooting, players can witness the beauty of the English Bay. West Vancouver can be seen in the distance.

This state-of-the-art court was built right on top of the sand on the beach at Cabo San Lucas, located at the southernmost tip of the Baja California Peninsula. DeShayes Dream Courts is a small design build company in Cherry Hill, New Jersey, that specializes in construction

The all-weather surface is gorgeous with blue accents in the key and on the sidelines and end lines.

Players can look all around and take in the beautiful Pacific Ocean as they play on one of the nicest courts in the world. It’s temporary, so only there for special events, but catch this one if the hoops are up!

Michael Chappell Park is full of spots for athletic activity. There are two tennis courts, two sand volleyball courts, and the spot where all the action is – the basketball court. The court itself is a gorgeous blue all-weather surface. It is well-kept and in great condition all year-round.

Carolina Beach is, for the most part, Wilmington, which was the childhood home of the great Michael Jordan. It is reported that Jordan himself played many a pickup game on the court here.

There are three hoops at the court at 38th Street Park in Newport Beach.

The all-weather surface is completely surrounded by trees, mostly tall palms. The court is open until 7 p.m. every day. The beach is just a few blocks away and can be enjoyed post-game. 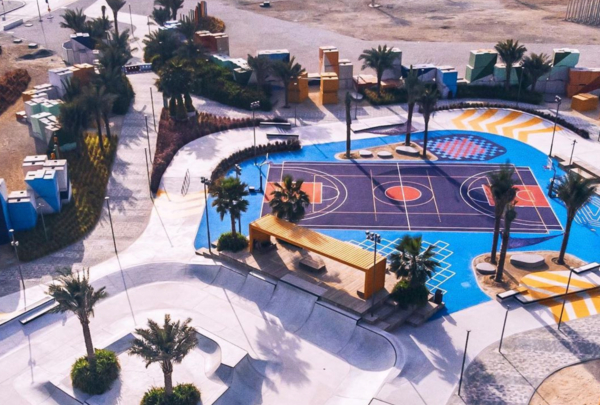 Must Hoop : The Block, Dubai

You are in Dubai enjoying the sun, great weather, and hot girls/guys but you still miss basketball? I have a great place for you to... 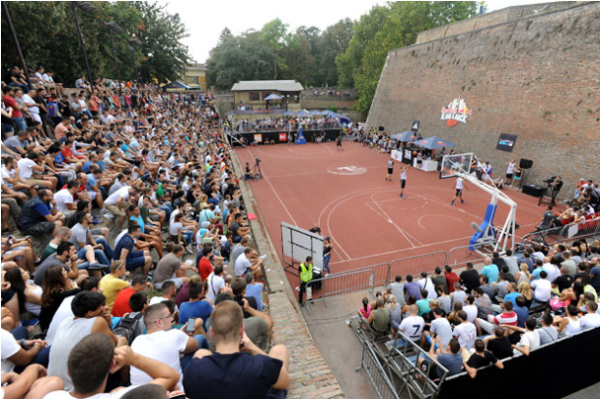 Must Hoop : Kalemegdan in Belgrade, Serbia

Looking for a place to hoop? Then you are in the right place. Welcome to Belgrade, Serbia the land of basketball. Welcome to the city...