The city of Angels has everything a baller could ask for, to the max. Being the second largest populated city in the United States, it makes sense that it would house a huge basketball fanbase. The entertainment industry of LA is massive and is home to a whopping six professional sports teams.

With many legends throughout the years, none stood out as much as Kobe Bryant for the Los Angeles Lakers. His stardom and loyalty to the city of L.A. brought inspiration for the generations behind to follow in his footsteps. The passion that the city has for him can be seen through all of the beautiful courts that are in constant use in L.A. Without further ado, here are the 5 best courts in Los Angeles.

I know, I am a sucker for an ocean view, but come on. Angel’s Gate Park is a wonderful public court that has one of the most panoramic views of the Pacific Ocean I have ever seen. Located at the lower lip of coastal San Pedro, this court not only provides hoopers with an ocean view while they play, but also a lot to look at nearby, as the park is known for their large Korean Bell of Friendship.

The Bell was gifted to the U.S. in 1976 to represent friendship between South Korea and the United States. Although it is mostly for look, it is still struck multiple times a year for ceremony (Or if your rebound goes a little too far on accident).

Can you keep a secret? Well neither can I. This exclusive and little known court is found at the very tip of the Matterhorn Mountain at Disneyland in Anaheim. After completing the ride, the upper third of the mountain was a large empty room. Many employees mentioned that they played basketball in their free time, so the single hoop was endorsed by Walt Disney himself when he designated the area soley for employee recreation. Although this court is off limits to most hoopers, it is still one of the coolest and most unique spots in Los Angeles.

One of the most classic pickup spots in Los Angeles, this coastal hub of basketball enthusiasts provides for a constantly fun experience. It has a lot more history than other hoops in the area, as it was a set for the popular basketball movie White Men Can’t Jump. Surrounded by palm trees and the smell of the ocean, it is no question why the director decided to use this court in the film, as it provides a perfect representation of SoCal basketball.

The courts at Playa Vista are of some of the highest quality to be found in outdoor LA. Surrounded by volleyball courts, large grass fields, and even koi ponds, it is hard to think of a more beautiful place to play basketball.

The large fence around the courts mean that you will never have to chase your ball too far if you miss, and also provides that sense of privacy some hoopers need to hone their craft. Whether or not you are arriving for pickup or to just put up shots on your own, you can count on the Playa Vista courts to provide you with a comfortable and serene basketball experience.

Also known as Porter Ridge park to Northridge locals, this piece of Hollywood history is a spot that you must check out. Not only was it the filming location for one of the most popular films of all time (It grossed more than Star Wars, the highest grossing film ever at the time!), it is also a great place to play basketball, sitting atop the mountains above Northridge with a view of the town.

The court, which was added after the movie, is a quiet place to shoot hoops and think about the cinema history that you are experiencing when you play at this court.

Los Angeles county is home to one of the biggest entertainment industries in the world, and these courts are a great representation of that. With two courts representing Hollywood history, and another in the Happiest Place on Earth, it is hard to imagine why people would flock to LA to play the best sport in the world. If you are looking to lace them up somewhere different, Los Angeles is the place to do it. 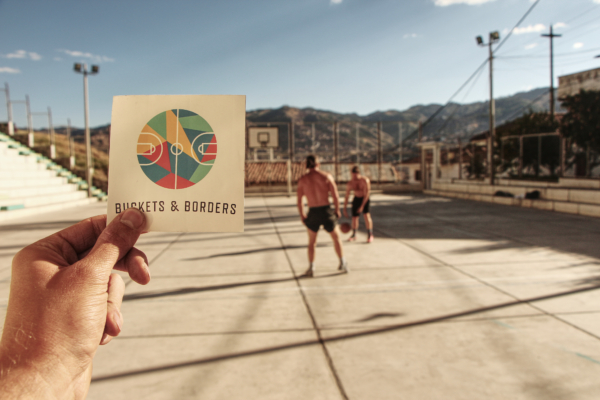 Imagine yourself and your brother, your friend, traveling around the world, exploring different cultures, religions, nations, and races. Sounds interesting? Add in a love for... 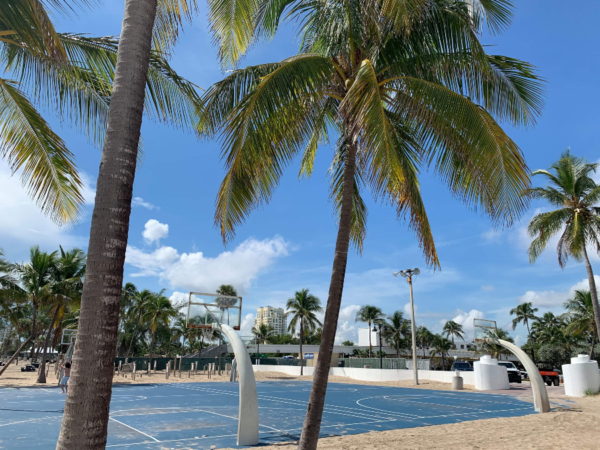 Right off the coastline of the Atlantic, Fort Lauderdale Beach Park is a great place to go to relax, go for a walk, grab a...