There are basketball courts everywhere in the world, but there are only a handful of established legendary courts and a few new unique hot spots. Courts of the World identifies the top 10 outdoor streetball basketball courts.

The court at Rucker Park is one of the most well-known streetball court in the world. It was started to give less-fortunate kids in Harlem an opportunity to get off the streets. Rucker Park was a famous proving ground for some of basketball’s greatest players of all-time.

The likes of Kareem Abdul-Jabbar, Wilt Chamberlain, Julius “Dr. J” Erving, and Earl “The Pearl” Monroe, all played at Rucker Park, developing the skills that led each into the Basketball Hall of Fame.

This outdoor court is more commonly known as “The Cage.” It’s a fitting name as the court is completely surrounded by a 20-foot fence. The court is undersized and is known for its games to get a little physical.

The court is old-school at its best – an asphalt surface, but you don’t have to worry about the ball rolling in the street. College and NBA players like Walter Berry and Jayson Williams cut their teeth in The Cage.

There might not be any better scenery at an outdoor basketball court like those at Venice Beach in California.

From any of the four courts, you can witness the beauty of Venice Beach and the Pacific Ocean. The courts were featured in movie box office hits like White Men Can’t Jump and American History X. It is also the site of the Boost Mobile Elite 24 All-Star game, which features some of the best high school basketball players in the U.S.

The history of Mosswood Park, located in North Oakland, goes back to the 1950’s when a young Bill Russell was known to play a game or two there. Several more NBA legends came through the ranks playing in their youth at the park. Gary Payton and Jason Kidd are two of the best.

Streetball legend Hook Mitchell completed a 360-degree dunk…over a car parked on the court. Mitchell completed the feat at just 5-feet-10-inches tall. It was witnessed by a young Drew Gooden, another NBA player from Oakland. The Warriors have assisted in upkeep of the basketball court, and you will see their logo in the middle of the court.

One of the most entertaining and talent-laden summer basketball tournaments was held at the courts at 16th and Susquehanna located in North Philadelphia.

In the late 1980s and early 1990s, some of Philadelphia’s best high school talent could be seen playing there. Guys like Bo Kimble, the late Hank Gathers, and Rasheed Wallace were frequent patrons of the courts on 16th Street. Games were well-attended as fans from the community would come to watch some of the best talent the city ever produced.

The mecca of outdoor basketball in Texas is MacGregor Park, which laid the foundation for one of the most entertaining eras in college basketball. The court, which is partially enclosed to protect players from the extreme Texas summer heat, was the home of such legends as Clyde Drexler, Moses Malone, and Dale Thompson. The court is covered with a white tin roof, which makes every sound echo. Drexler developed his mad skills at MacGregor and, legend has it that back in the day, Hakeem Olajuwon and Most Malone went at it on the court at MacGregor Park.

There is no comparison for the court at Pigalle, which pays tribute to the city of Paris and its urban art. Decked out in many bright hues, the Pigalle Court is far from the asphalt surfaces of other courts around the world.

The court was designed by Stephane Ashpool in a collaboration with his French fashion brand Pigalle and Parisian creative agency ill-studio. The combination of blues, reds, yellows, and whites makes this venue one of the more played courts in the city. It’s located smack in the middle of the Paris in between two rather large apartment buildings. While not the best court to play on, it has to be part of the list.

Located in the Washington Heights/Inwood section of Manhattan, Dyckman Park is home to one of the premier streetball tournaments in the world every summer. What started as a six-team tournament now has six different age divisions and upwards of 80 teams.

When not hosting a tournament or summer league games, Dyckman is home to some of the best runs in the city. Players like Kyrie Irving, J.R. Smith, Kemba Walker, Michael Beasley, Kevin Durant, and other NBA players have graced the courts at Dyckman.

While not a storied history of streetball, the City Wall Rooftop Court in Dubrovnik has become one of the most beautiful and unique locations to shoot the ball. Overlooking the Adriatic Sea, it is one the most photographed courts in the world.

It’s an iconic court and in just one look, you know it is the famous “The Tenement” court in Manila, also known as the Fort Bonifacio Tenement (FB Tenement). The court is the middle of a crumbling public housing project that is over 50 years old. Such players as Paul George, LeBron James, and Jordan Clarkson have visited the court. Nike utilized the site for their “Rise” campaign, and then was covered with a LeBron James Dunk, before being the memorial of Kobe and Bianna Bryant.

Below are courts considered for the 10 ten and deserve honorable mention:

We hope you enjoyed the list. How did we do? Write your comments below!

How did we do? Anything missing?

Let me introduce you to Jujuy. It is the furthermost north province of Argentina, bordering the province of Salta, and Bolivia and Chile.  It has... 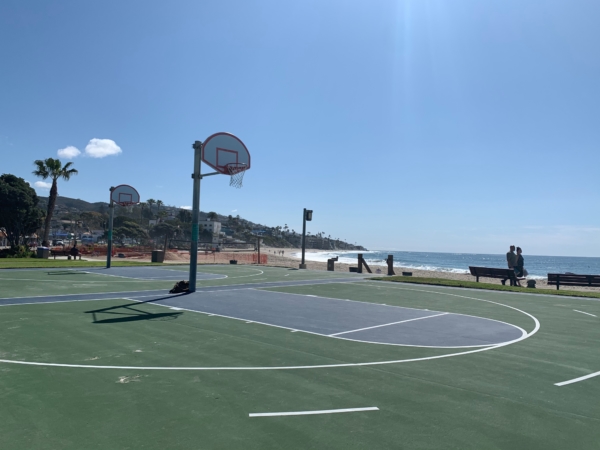 If you go to the Laguna Beach website, it cites the beach as being famous for “Beautiful people having a beautiful time in a beautiful...