Toronto (aka Drake City) has basketball courts nicer than how your mom treats your significant other during Christmas dinner. If you’re visiting the city or just need a place to hoop, check out one of these Canadian hot spots.

Created in 2019, this ball court is #builtdifferent.

Three FIBA-sized courts and two half courts located a stone’s throw from the water and right behind the Budweiser stage, which means that if you’re shooting hoops at night, you can listen to concerts for free. When money is tight and you’re trying to impress a date, fate might bless you with a Nelly concert (great rapper, terrible live performer btw).

There’s also a beautiful view of the cityscape, a food vendor, nighttime lighting and more. The talent level is pretty good: imagine playing with adults at your local YMCA but with less screaming and infighting about foul calls.

Since it’s located just outside the city’s core, there’s usually more room than your waistline after 3 months of Keto.

This court’s story is as beautiful as a Disney Pixar production (minus the stereotypes).

A once rundown court with a reputation more negative than Ron Artest during the Malice at the Palace, it was transformed with a beautiful mural that honours the city’s first professional basketball team, the Toronto Huskies (like a wolf, not a bunch of overweight kids). Best yet, community members helped choose the design and paint the court.

Let’s hope Hollywood doesn’t steal this story… They already have, haven’t they.

A lovechild of the Venice Beach courts, the colour blue and a designer on drugs, this is probably the sweetest looking court. It’s designed to incorporate a multitude of sports while connecting the community together. You can run, hoop or just chill. It’s like playing basketball in Tron. If this court was an Outkast song, it’d be “So fresh and so clean.”

Gordonridge is ERA’s third project with MLSE Foundation developing place-based recreational spaces with community stakeholders, providing youth and adults a safe space to play and access a variety of sports within their neighbourhoods.

The LeBron James of courts: the perfect combination of location, court material and talent. Nestled by the water and Little Norway park, this court is made from the rubbery material that cushions falls and gives a bit more bounce.

You get a view of the CN Tower and airplanes taking flight out of Billy Bishop airport, whose beauty you can blame on your airballs.

Too much sun? raining? No worries with Toronto’s underpass park which was opened in 2012.

Located in the West Don Lands underneath an overpass, this court is offers shade and protection from rainfalls and the blistering sun (because we all forgot to apply sunscreen).

Surrounded by graffiti, playground and skate park, this court has a little bit of everything for everyone.

Toronto’s got more Nets than Brooklyn and you can find them randomly on laneway garages in the city’s core. Often decorated with graffiti, these nets are a unique way to play in that they offer visuals more stimulating than a Christopher Nolan film.

They’re usually tucked away from the main street, which means there are no lineups, unlike most terrible clubs in the winter (pre-covid and post-covid, depending on when your read this).

Article written by Courts of the World contributor Bobby Roshdi (AKA @bobbybeautifull on Instagram). Writer and the Thanos of donuts (Or Galactus, depending on ur nerd level) thebestwriter.weebly.com. 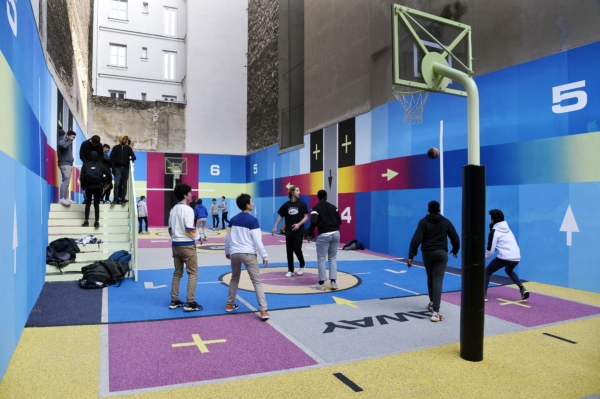 Wedged in between two seemingly monotonous apartment buildings, is one of the most colorful and photographed basketball courts in the world. The Pigalle basketball court... 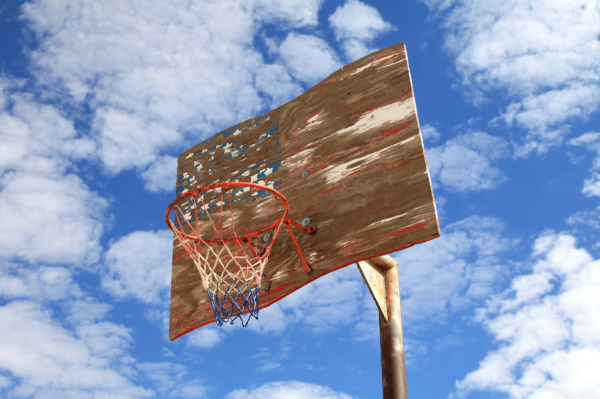 Roundball Religion is the title of the project of American photographer and teacher Joe Cornett to capture basketball hoops and courts in the heartland of...