Right next to the worldwide famous Muscle Beach and Gym in Los Angeles, California, are the legendary Venice Beach Basketball Courts, which is a “must hoop” streetball court.

It is said that the best pickup basketball in the city of Los Angeles can be found at these courts. They attract players of all ages and skill levels and the courts at Venice Beach are some of the most well-known in the U.S. and even the world.

Venice was founded in 1905 as a beach community and was its own city until 1926 when it became part of Los Angeles. Venice is known for its beach, canals, and the Ocean Front Walk, a two-and-a-half-mile promenade full of everything from vendors to fortune tellers and street performers.

The four basketball courts – the Venice Beach Courts – are technically located at 1708-1798 Ocean Front Walk, Venice, CA. The courts are found just north of the beach’s tennis courts and south of the skate park.

Three of the four courts are located side-by-side. One of the courts is for 5-on-5 play only. The other two are for 3-on-3 play with one of the courts open for youth and women first. To the north of the three courts is Venice Beach’s main court. Its beautiful blue surface is surrounded on one side by bleachers for spectators, who have witnessed many a star or two here.

The Venice Beach courts have played roles in a few motion picture successes. The courts were on full display and played a key role in the popular ‘90s hit White Men Can’t Jump. In the film, Woody Harrelson and Wesley Snipes play a pair of hoops hustlers trying to earn a living playing streetball. The filming of the movie there speaks to the legend of the courts themselves.

In a pivotal scene in American History X, Edward Norton’s character Derek Vinyard, a neo-Nazi, challenges a team of African Americans to a game of basketball. The Vinyard family lives in Venice, not far from the legendary courts. The game in the film is played on one of Venice Beach’s famous courts.

The courts are also not all that far from the home of the Dude. Yes, the Dude, as in Jeff Bridges’ character Jeffrey Lebowski in the movie The Big Lebowski.

Each summer, some of the best streetballers and athletes descend on Venice Beach to participate in Veniceball, or the Venice Basketball League (VBL). It started in 2006 with a vision. A group of locals that understand the legend behind the courts decided to start something that showcased Venice Beach, Los Angeles basketball, and the area entertainment scene.

Nico Ansom understands the legend. In fact, he’s part legend himself with a resemblance – though not physical – to Harrelson’s Billy Hoyle in White Men Can’t Jump. Ansom journeyed to Venice all the way from his homeland of France. He earned a reputation for never backing down from a challenge.

A failed attempt at college basketball led him to create the VBL in 2006. Each year, the league is made up of 12 teams that can only get in by invitation only. The season runs from June 1 to mid-August and the courts have seen the likes of NBA professionals, former college stars, local talent, and streetballers from all over.

The history of tournaments at the Venice courts actually can be traced back to a man named Kenn Hicks. He was the original “Godfather of Street Ball.” Hicks moved to Los Angeles from New York City in 1981. He organized what was called the National Outdoor Basketball Championship that occurred each year over Labor Day weekend. Hicks’ tourney ran for more than two decades until Ansom’s VBL took its place.

In 2008 after winning a gold medal with Team USA at the Beijing Summer Olympics, LeBron James showed up at the Venice Beach courts for a game of H-O-R-S-E. He went up against legendary trick shot artist David Kalb. James lost.

The late Kobe Bryant would show up at the courts for the VBL though not to play. One year, Bryant was on hand for the release of his Kobe System 8 shoe. Just his presence brought tens of thousands of spectators to the VBL.

*Beals is a local legend. He grew up in Chicago and played at Loyola University in 1960. He was one of the game’s first true pure shooters. His game took him to Boise State as a transfer and then all over the U.S. with the Harlem Clowns, a touring team similar to the Harlem Globetrotters. If you watch closely, you can see Beals in several scenes in White Men Can’t Jump. He was also featured in an old Converse commercial titled “Old Man.”

The legend and aura of the courts at Venice Beach will continue. Players of all ages and skill levels will keep coming back with the hopes of fine-tuning their game enough to take it to a different level.

The courts themselves will likely receive an overhaul in preparation for something even bigger. The International Olympic Committee approved 3-on-3 basketball as a summer Olympic sport. In 2028, the city of Los Angeles plays host to the Olympics and Venice Beach will be the site of the 3-on-3 Olympic basketball tournament. 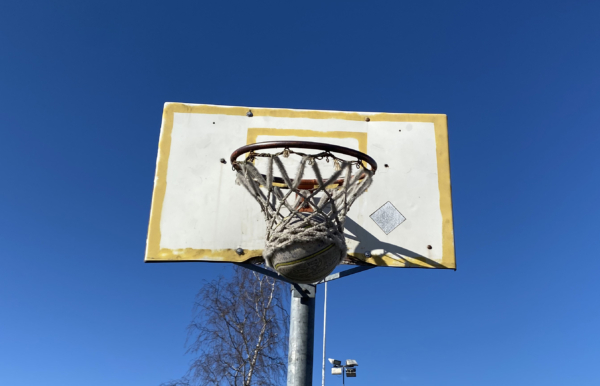 Everything You Need to Know About Basketball Hoop Nets

While we focus on rating courts and hoops, let’s not forget about the all important basketball hoop net. How could you give a 5-start review... 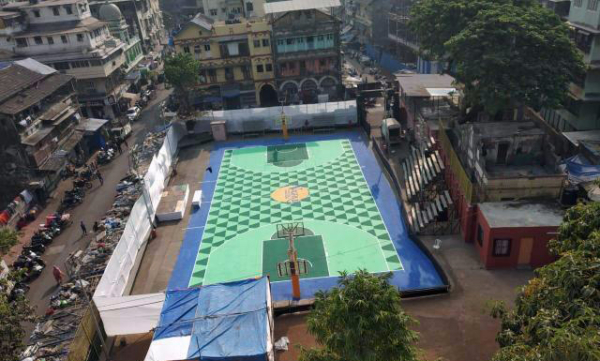 If you are looking for “must hoop” courts in India, look no further than Nagpada a neighborhood in South Mumbai, India, with a rich history...