If you go to the Laguna Beach website, it cites the beach as being famous for “Beautiful people having a beautiful time in a beautiful setting.” For one late morning in March, 2021, I can say THIS not so beautiful person paid a visit to this classic location and wasn’t disappointed.

A popular tourist and vacation spot, Laguna Beach has a lot of fun to offer, but the Laguna Beach basketball court at Main Beach were what I wanted to see.

While I would say that the location in itself is worth the trip, I am curious why they created the courts as half courts instead of a complete full court. But that is the only downside to what has got to be considered one of the more iconic beach courts in the country.

When I visited, the rims were in great shape, both had new nets and the courts had a fresh coat of paint (at least it appeared that way). Also there are plenty of people who wander in, willing to shoot around with you or get a quick game of one-on-one. Not a bad way to spend a couple hours if you’re ever in sunny south Los Angeles…

Note : When the “must hoop” court has half-court games heat up, Court A is for the higher-level hoops, while Court B is a step below. The court has been played on by such NBA players as Michael Cooper, Kurt Rambis, Byron Scott, and Michael Jordan… yes, MJ. Also, watch out for “The Professor” that has been known to film himself breaking some ankles on the court. 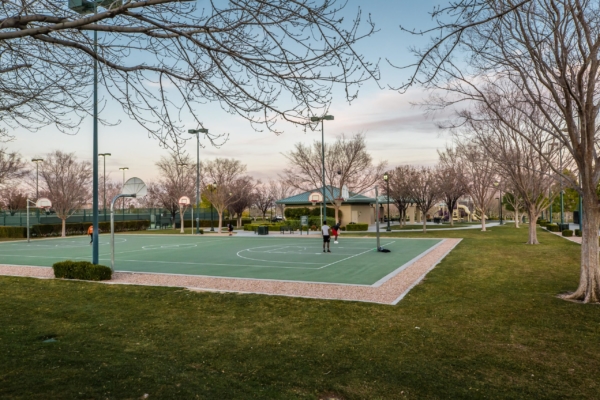 In Sin City, basketball is not usually known as their major pasttimes. That can be because there is no NBA teams, or because it can...

New Orleans has a history as rich as its gumbo, and the basketball culture there is no different. Having a young star in Zion Williamson...