In many communities around the world, another art inspired court with superior flooring would go unnoticed, but in the United Kingdom the initiatives are rare. However, helping the movement one court at a time is The Sledgehammers basketetball court, that opened this past weekend the coastal town of Brightlingsea in the Tendring district of Essex, England. “The Brightlingsea Sledgehammers Beach Court is the result of a fundraiser to help put the team on the map within the town and provide somewhere inspiring for the local youth to work on their skills.” says by friend of the club and former player Jay Kitchen that lead the initiative.

The idea received support by Basketball England and a refurbishment initiative the run called #projectswish. The Sledgehammers have won over 63 titles in their first 25 years and gave birth to many national league and not to mention national and international players. If you look in the corner you will find the “63 titles in the first 25” emblazed on the court flooring.

The team was founded by two of the towns residents and brothers, Jules and Matt Keeling. The design was executed by local Street artist @Eyesaw aka Paul Cottie and the entire project was largely supported by Local Councillor Graham Steady who arranged for the ribbon to be cut by the town Mayor Mick Barry at the Grand opening. This court is described as “The jewel in the crown” of our Seaside promenade.

Perhaps there are more courts to come, too! Jay Kitchen says the response has been overwhelming positive, and the council is interested in supporting future efforts. 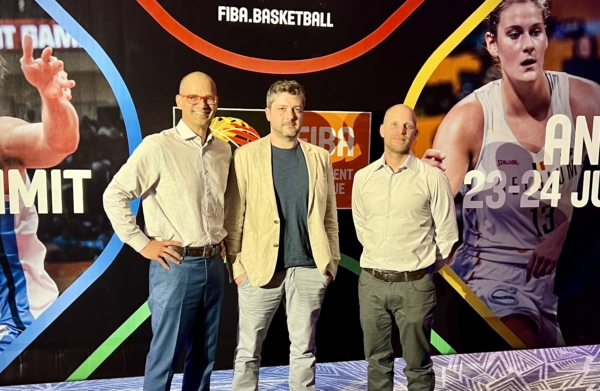 Courts of the World Team Presents at FIBA Partners Summit

The Courts of the World team was in Antwerp, Belgium for the FIBA Equipment & Venue Centre’s bi-annual Partners’ meeting. The summit was opened by... 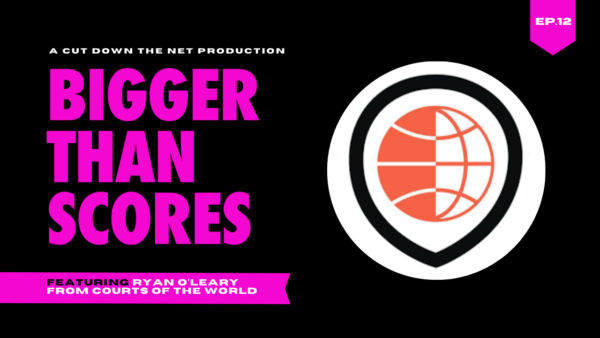 Podcast : Courts of the World on Cut Down the Net

Co-owner of Courts of the World, Ryan O’Leary, talks to Allyssa from Cut Down the Net about the 15-year-old history of the website, the app,...