Imagine yourself and your brother, your friend, traveling around the world, exploring different cultures, religions, nations, and races. Sounds interesting? Add in a love for basketball, and you have the beginning of the magic behind Justin and Brendan Lee and their nonprofit organization Buckets & Borders.

”The idea behind Buckets and Borders started in 2015 while my brother and I were on a six-month backpack trip throughout Europe. Whenever we arrived in a new city, we would pull up the Courts of the World website and see where we could find a place to play some hoops. We looked for courts that were located in iconic or busy areas so we could increase our chances of being able to jump into a pick-up game. Many of the courts that we found lead to meeting local hoopers and making new friends. Hard fought battles often ended up with a couple of cold beers or a bite to eat after the game. Playing basketball has been an amazing way to meet new people and learn about their way of life. We can thank the Courts of the World team for helping us in our pursuit to share the game we love with the global community.” Says Justin who has ventured across the globe.

“The original idea behind Buckets and Borders was to document global basketball culture through photography and journalism – telling the stories of the people we played with and the courts we played on. As we travelled to more countries our vision evolved. Our experiences playing basketball abroad inspired us to create something that was bigger than basketball. In 2020, we officially incorporated as a non-profit organization that uses basketball to improve communities and bring people together.”

Today their team of volunteers, sponsors, and community leaders are working together to make a difference through basketball.  “We believe that having access to good outdoor courts has a real community impact.”

Their first project is in their own backyard of Regina, Canada called the Lakeview Project which is set for completion in 2021. “The courts at Sheldon Williams Collegiate have become unkempt with cracked asphalt, uneven surfaces and torn meshes. We plan to change this by connecting art and basketball. This initiative will rebuild and restore the entire outdoor facility and turn the area into more than just community basketball courts, but a canvas—art in motion.”This is just the beginning for the ambitious team that is targeting different local and global initiatives to make a positive impact. Follow their adventure at bucketsandborders.com.

Right off the coastline of the Atlantic, Fort Lauderdale Beach Park is a great place to go to relax, go for a walk, grab a... 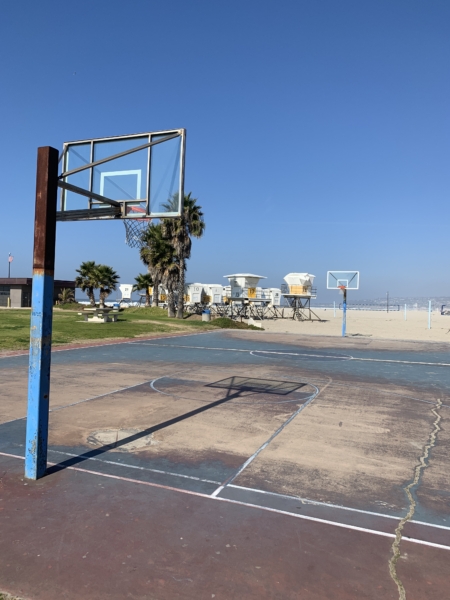 San Diego has had a rough history with professional basketball teams, but that doesn’t mean that there are a shortage of ballers here. Throughout America’s...