Wharton Field House opened in 1928 and was the home of the NBA’s Tri-Cities Blackhawks from 1946 to 1951. Legendary Hall of Fame NBA coach Red Auerbach was the Blackhawks’ head coach in 1949-50 before moving on to coach the Boston Celtics.

It seats approximately 6,000-7,000 fans and has been the home of the Moline Maroons high school squads since 1928. Situated in the quiet community of Moline, IL, this longstanding gymnasium is one of the premier courts in the country and was listed as one of the great places in the U.S. to watch high school hoops by USA Today in 2004. With the seats being above the court, this gym is a throwback to the glory days of basketball and is a highlight for anyone who plays there.

While basketball is the main show, many other events have also taken place there, such as concerts (Gene Autry, Bill Haley and the Comets, Johnny Cash and Harry Belafonte all performed there), dog shows, farm shows, wrestling and boxing matches, graduation ceremonies, car shows, you name it… Wharton has probably hosted it.

So if you’re ever passing through the Quad Cities (aptly named because of the proximately of Rock Island & Moline in Illinois and Davenport & Bettendorf in Iowa), stay the night at the Blackhawk Hotel in downtown Davenport, go grab a taco pizza at Happy Joes Pizza and swing over to Wharton Field House to enjoy a high school basketball game. If you’re lucky…maybe you can even get the chance to play there! I know I have and it’s one of my favorite spots in the country! 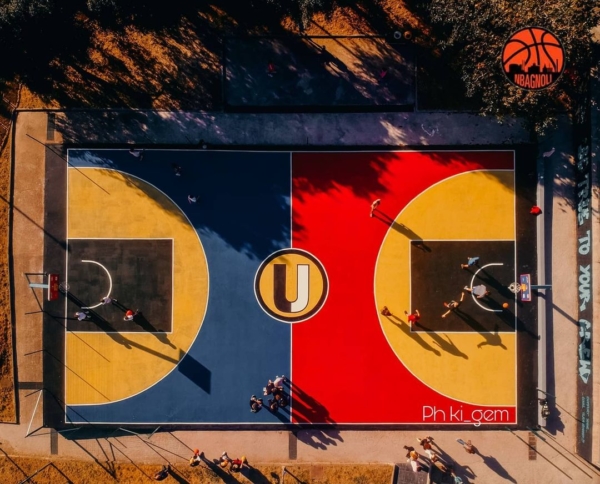 Thanks to the basketball community in Naples, Italy, the Bagnoli Playground is now a safe, clean and beautiful place to play basketball. “We came together... 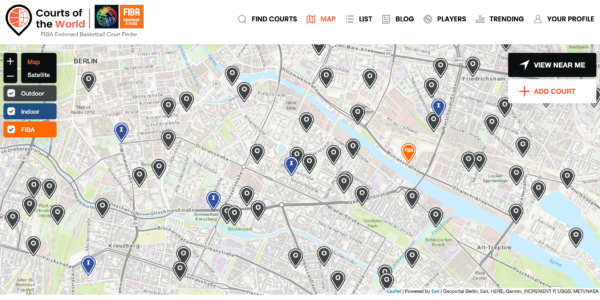 Courts of the World has partnered with FIBA’s Equipment & Venue Centre. The cooperation will power FIBA’s new worldwide venue finder, which can be accessed...