New Orleans has a history as rich as its gumbo, and the basketball culture there is no different. Having a young star in Zion Williamson leading the Pelicans today, basketball is finally coming back to the forefront of the athletic scene in the city. In the years after Hurricane Katrina, it has been a slow and steady process rebuilding and renovating all of the famous parks and local basketball courts. Now there are many great places to practice around town all with their own unique perks and privileges. Although the south can get pretty hot and humid, these are the coolest and best basketball courts around the beautiful city of New Orleans.

One of the most bustling courts in New Orleans, Laurence Square has a local reputation for being the go-to court for locals. Laurence Square is also one of the smallest parks in the city, meaning that the basketball court really is something special. The court is concrete that is brightly painted with Mardi Gras Green paint (make-over in 2017), so it really stands out among the trees in the park. Only a few blocks from the Mississippi River as well, the location of the park is perfect in complementing itself as one of the premier parks in the city.

The Lafitte Greenway is a large and especially long park that is located right in the center of the city. In the middle of the 2.6 miles long stretch of land, there lies a clearing that encompasses a great view of the city, and the best part: an awesome basketball court. The court is constantly popping off with people from many different age groups, whether it be children playing in rec leagues, or adults trying to get their own reps in. Luckily, the court has 4 separate hoops, so there is rarely a shortage of space for hoopers that choose to go here. Unlike many courts in New Orleans, this court is central, so it has a great vantage point of downtown, while also only being a few miles from Lake Pontchartrain. The unique colors of this court also make it a landmark in the city, so it is very well kept. Looks like I’ll be checking this place out soon enough.

Another court nearby Lake Pontchartrain, this one sits nearly on the southern shore of the lake. Pictured above are photos of the court from afar, and a view from the park that the court is attached to. The court has one of the better views in the area, and locations too, as after a hard game of pickup you can always rely on the lake to cool you off! Another court with 4 hoops in one single court, the basketball court really emphasizes group play and recreation for all ages. So if you are just learning how to play, or want a quiet and serene place to practice, this could be your place!

Another busy basketball court between the Seventh Ward and City Park, Stallings Gentilly Park is one of the more popular courts in the area for local pickup games. This park is equipped with two full concrete courts that are painted bright blue so that they can’t be missed. Along with a high school three-point line, the rims are NBA height, so it is a great place to practice for kids and teenagers hoping to make it to the next level. The local users of this park love the atmosphere here because it encompasses the streetball vibe in their quaint neighborhood park. With near-constant pickup games, and large crowds that gather here, Stallings Park might just have to be the next court on your list on your next trip to New Orleans.

As they say, when in New Orleans, play like the New Orleanians do, and that is in a covered basketball court! Fully protected from the heat, rain, and snow, the McDonough Playground court is a top choice for locals during those sweltering Louisiana summer days. Recently upgraded to NBA rims, this court is not only for children anymore like it used to be. Since the park has only one basketball court, you may think that it is constantly busy, but in fact, it is a great place to train by yourself because pickup basketball isn’t as rampant here as in other courts in the city. For the hoopers that are more interested in their personal grind, or for friends trying to play in the shade, McDonough park is an awesome court to check out.

The newest court on this list, Goretti playground has one thing that most courts in the world do not have: Endorsement from NBA All-Star Zion Williamson. Recently renovated by the donations of the New Orleans Pelicans, Goretti playground has one of the newest outdoor facilities in New Orleans, which has made it quite the hub for youth players and leagues. The courts are freshly painted with bright colors so they stick out, and adorned with the Pelicans logo right at the center court. Since it is the location for multiple youth leagues it can be hard to find an opening, but if you are looking for a place to play early in the morning or later in the afternoon, this is probably the best place you will find. How many times have you played on a court that was renovated and introduced by a future NBA star?

Since New Orleans has so many covered courts whereas I have seen very little in my experience, I felt it was necessary to include one more. Described as a neighborhood icon by locals, Conrad playground has 6 hoops on one full court and hosts many different youth leagues as well. Located between Dixon and Holly Grove it is one of the more popular youth parks in New Orleans for reasons that include its location, atmosphere, and upgraded facilities. Equipped with Square backboards on the full court, and chiseled backboards on the sides, there is no shortage of practice that can be accomplished on this court. Although it is one of the 3 covered courts on this list, it stands out because it represents the history of New Orleans, as this park was completely flooded during Katrina, and is continually updated to this day.

Located directly north of Uptown Square, Carver Playground is the perfect place to play in any weather. In rain, the tall ceiling cover creates a perfectly dry court and directs it away to avoid flooding. On sunny days, the awning keeps the court cool while also protecting hoopers from sunburns. The Mississippi River on the west side also provides a cool breeze to the entire park, so it is a great place to lounge as well. Weather aside the court is smaller than a normal FIBA certified court, but it still has standard ten-foot rims and beautifully painted line-markings that are easy to see.

A local favorite to many New Orleanians, Chippewa Street Basketball Court, also referred to as the “Crescent City Playground” is a great court that is enjoyed by many. The bright blues and reds of the concrete have not only drawn in many basketball enthusiasts but also filmmakers, as this court had a short cameo in the 2015 film Self/less. Besides the fame that this court has, this park has two full courts, so four hoops in total, and plenty of areas to get your reps in. One of the more popular parks in New Orleans, it is a common occurrence to see a lot of games being run here at all hours, so if you see this court bustling, you might as well try it out.

Much like the Carver Playground, Evan’s Playground is an outdoor court that is protected from the elements by an awning. With lights inside, though, this court is an amazing place to play basketball at any time, and any weather. There are also 4 rims located at this court, meaning if you are just looking to get a few shots up and not worry about a game, chances are there will be space for you too. The park is primarily used by youth leagues for baseball, or just families looking to have fun with their kids, so it is not likely that you will be interrupted during your hoop session if you choose to play at Evan’s playground! 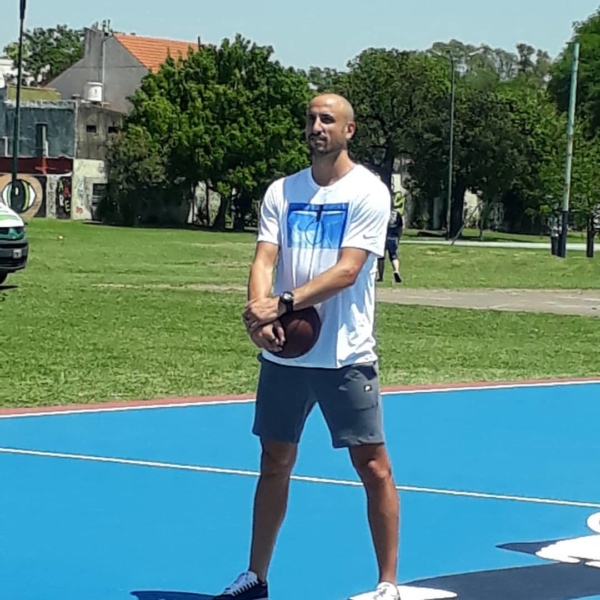 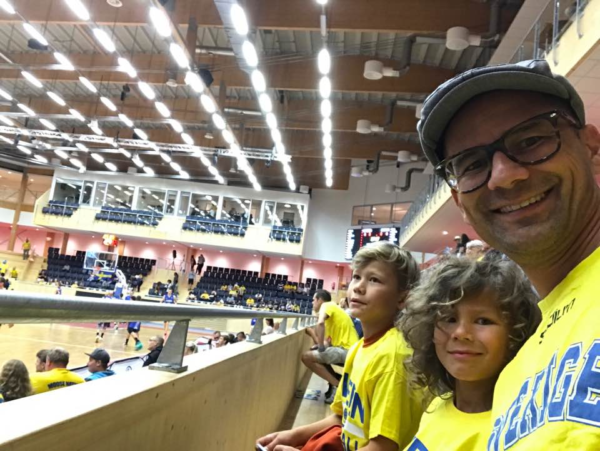 Courts of the World’s (COTW) Ryan O’Leary was recently a guest on Hoopsology. The newest member of the team talks about what drew him to...