Basketball in Pakistan started in the early 1900s, and launched through the YMCA. In the 1920s, basketball became a regular part of school activities and university sports. Eventually, basketball group in popularity, even sustaining a Karachi Amateur Basketball Association. Growth and organization of the sport was taken to the next level when the Pakistan Basketball Federation was founded in 1952.

The organization then became affiliated with International Basketball Federation (FIBA) and Asian Basketball Confederation (ABC). As the game continued to gain popularity, the first Pakistan National Team was formed in 1958.

Nowadays, basketball has become more popular in large cities such as Lahore, Karachi and Islamabad, but at the same time facing tough times of keeping more public courts available and in good conditioning.

Symbolic of the history of basketball in Pakistan is the Arambagh basketball club which was established in 1956. The club is the current champions of Karachi and has also launched the careers of players on the Pakistan team.

It has oldest court in the country that has been the host to thousand games and trainings. The club has recently received an amazing make-over including new hoops and a colorful flooring paint job.

The Arambagh Basketball Court in downtown Karachi was upgraded with the intention of encouraging players in the district to play more. The National Bank of Pakistan extended assistance in the funding of the repair and renovation of the court that has seen more and more action with the upgrades. Basketball courts don’t need to to be over complicated to bring hours of joy. All you need is ninety-four by fifty feet of hard court... 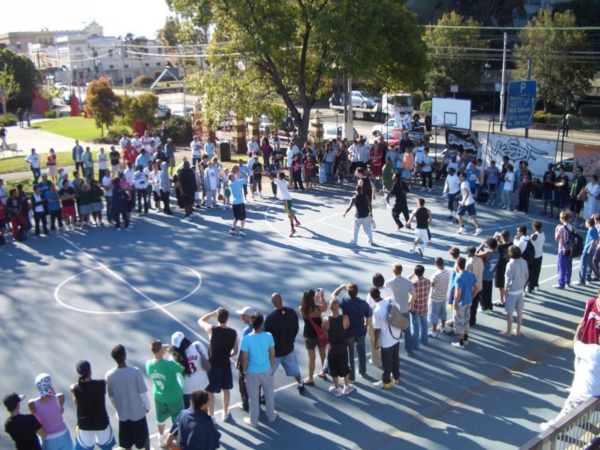 Must Hoop : Prahran Park in Australia

If you’re looking for a court, look no further than down under. Australia isn’t just one of the best basketball countries in the world, they...