With perfect weather and lots of passionate basketball players on the islands, Hawai’i is an ideal spot to hoop. If your a local or vacationing, here is your guide to getting in some great views and pick-up games of any level in paradise.

The busiest and one of the best courts to play is Salt Lake District Park. There are four basketball courts and every court is full of basketball fanatics, from people that wants just train, to high school and college women’s players, to mens high school standouts and college players wanting to go pro.

Salt Lake District park is super special because of it’s diversity of the hoop culture.

Second busiest and best to play in Hawaii is Kānewai Community Park. This place is so special because you can find the best of the best playing in Hawaii.

From high school players to college players from different schools in Hawaii (UH Players not to mention) there is lots of action. The best time and day to come is Tuesday and Thursday 5pm-8pm.

Next one to the list Moanalua Community Park but every ballers that comes here call it “Under the Bridge” why because it is literally under an over pass.

It is one court only so if you are playing and people are waiting for their turn, they watching you as well too. Best time and day to come here is Monday night, Tuesday night, Thursday night and Saturday Morning around 9am. Under the bridge is so special to ballers because this is the go to place to play if it’s raining.

Next one is Kalakaua District Park in Kalihi. This Park is so special for the Filipino American community.

You will see people playing here starting Wednesday afternoon, Thursday afternoon earliest is 2:30 pm to start the game (lol), Friday afternoon 4:30pm, Saturday Afternoon 4pm, and Sunday morning. People here are so dedicated, they come so early before the sunrise until 9am to play.

I remember getting to Kalakaua Park at 5:30 in the morning and I still didn’t make the first 10. Kalakaua is special because of the connection of people here. They tell stories, eat, and drink after the game.❤️

Next one is guarantee Puʻunui Community Park. A small basketball covered court but full of talent and competitive players.

A lot of college and high school players come to this park to compete and have fun at the same time, like under the bridge, Puunui is go to place to play if you want competition and to experience hype street ball. Best day to come is Tuesday and Thursday 5:30 pm. This park can get busy to the point that there’s 60 people in one court.

Paki park supposed to be busy, but we stopped going. People from Kānewai Park used to play there Fridays and Sunday night. Now, the best time to play at Paki park is On Saturdays (morning).❤️

The next one that i could say is Calvary Church in Pearl City. It is an indoor basketball court at the attached Pearl Harbor Christian Academy. Played couple times there with the invite of conditioning coach Sunil Joseph.

This place is great if you want to feel hooping in mainland. Most military American guys comes here to compete each other. It is intense and a lot of physical contact which is make this super special. This is also by far most systemic court in Oahu. They have a white board and a marker so you could write down your name with 4 others that you will play with. On top of your 5 members of the team is your team number so they will know who’s next. Calvary is Sundays at 1pm.

Honowai Park is special to ballers because of the bond that they create here.

From high school standout, college players, and former college players, to pro players this park is pure competition while playing but family right after the game. Best day to come is Sundays 6:30 am.

A popular spot got pick-up games until the lights are shut off at 10pm.

This park in Kaka’ako is super special for me for some reason. Not because I play here, but because of the location of the court.

It seats in the center of Kaka’ako neighborhood sin Mother Waldron Park surrounding by building and to make this court so special is the murals around those buildings.

I had this idea that, about this court, why don’t put murals too and put some lights at night so people can play too. There will be challenges, and the well-known homeless in the area is an issue. I have a vision to integrate a court transformation and have a basketball tournament during the POW! WOW! HAWAII festival. In Kaka’ako, it could be the mecca of Hawaii’s basketball culture! Let’s see what we can do!

This article is written by Mark from Planethoops. Founded 2019, Planethoops represents the game of basketball, its culture, and to show the equality and diversity of the sport, that no matter where you are and where you came from, we are all hoop fans. We want to connect to people and we want them to relate to every single shirt we produce.

Check out their basketball swag at www.planethoopshawaii.com 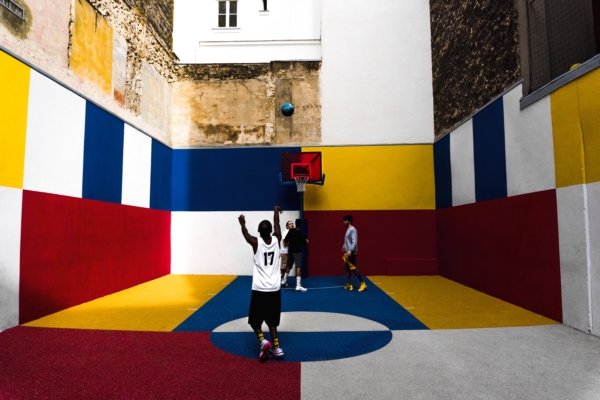 There are basketball courts everywhere in the world, but there are only a handful of established legendary courts and a few new unique hot spots.... 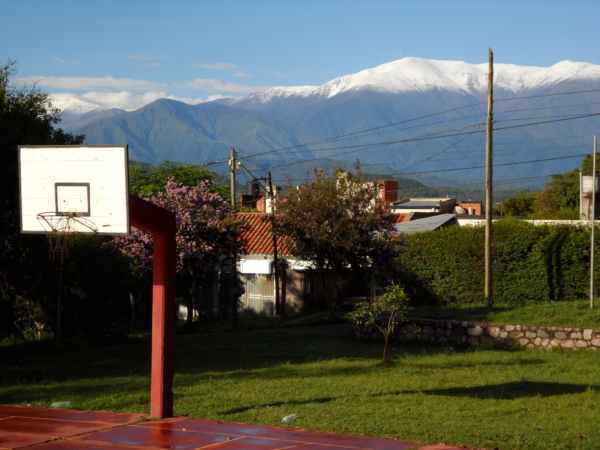 Let me introduce you to Jujuy. It is the furthermost north province of Argentina, bordering the province of Salta, and Bolivia and Chile.  It has...