You have seen this basketball court in movies and commercials, and this secretive and private court in the Chinatown part of downtown San Francisco is a must hoop… if you can get on it. The fortunate players that have had played here have received permission or have been among the families that have received support from the Cameron House, that has been empowering the San Francisco Chinese community since 1874. Youth sports started at the center in the 1940s and then lifted court was added in the 1970s.

In 2021 and 2022, the court remains locked, and is closely monitored during corona pandemic, so don’t think you can just walk up and play basketball on the court –you were only lucky to get up there even in the past, where calling ahead would be the best way in.

The “Upper Deck” court is 3 stories up in the air, and you can look directly at the unique Transamerica Pyramid building in the Financial District and beyond the buildings is the Bay. In the past, the court has also been available by renting for events and production companies for filming, but this is currently not an option.

The community center that is open for kids to get out and play has easy access to the two basketball courts on the ground level, but additional gates to get upstairs. The Cameron House hoops give an outlet to the mission of the organization that serves over 1,000 low-income immigrant children and families.

The court was the center of a key scene in the film “The Pursuit of Happyness” when actor Will Smith, playing Chris Gardner, tells his son that his dreams of going pro will never happen. Whoopi Goldberg was up here for the movie “Sister Act 2.” Steph Curry filmed his Muscle Milk commercial here (seen above), and Jeremy Lin practicing hoops and contemplated his career in the documentary “Linsanity.”

While the actual court is nothing special (or worthy of our top 10 basketball courts in the world), with two decent hoops at regulation height and cement flooring, if nothing it is the views and memorable movie & TV scenes that puts it in the “must hoop” category. 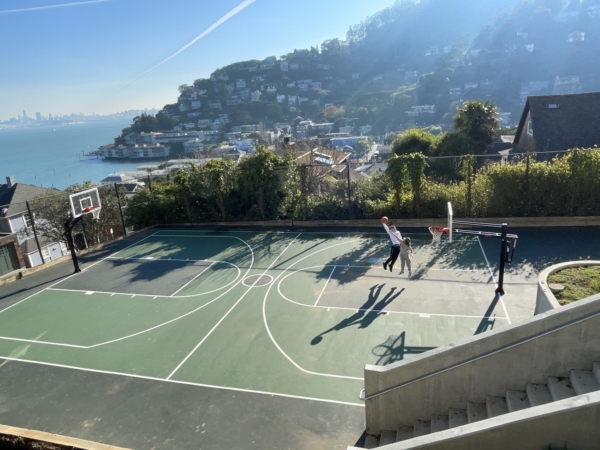 Must Hoop : Southview Park in Sausalito

There are some basketball courts that must be visited. On a clear day, Southview Park has a million dollar view of San Francisco when there... 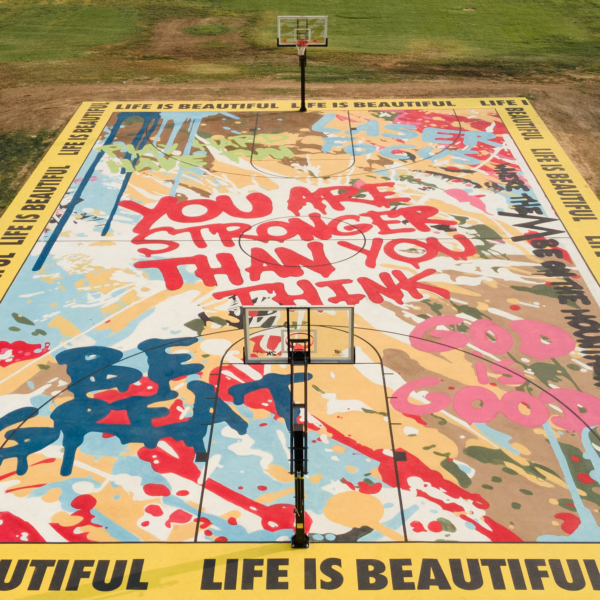